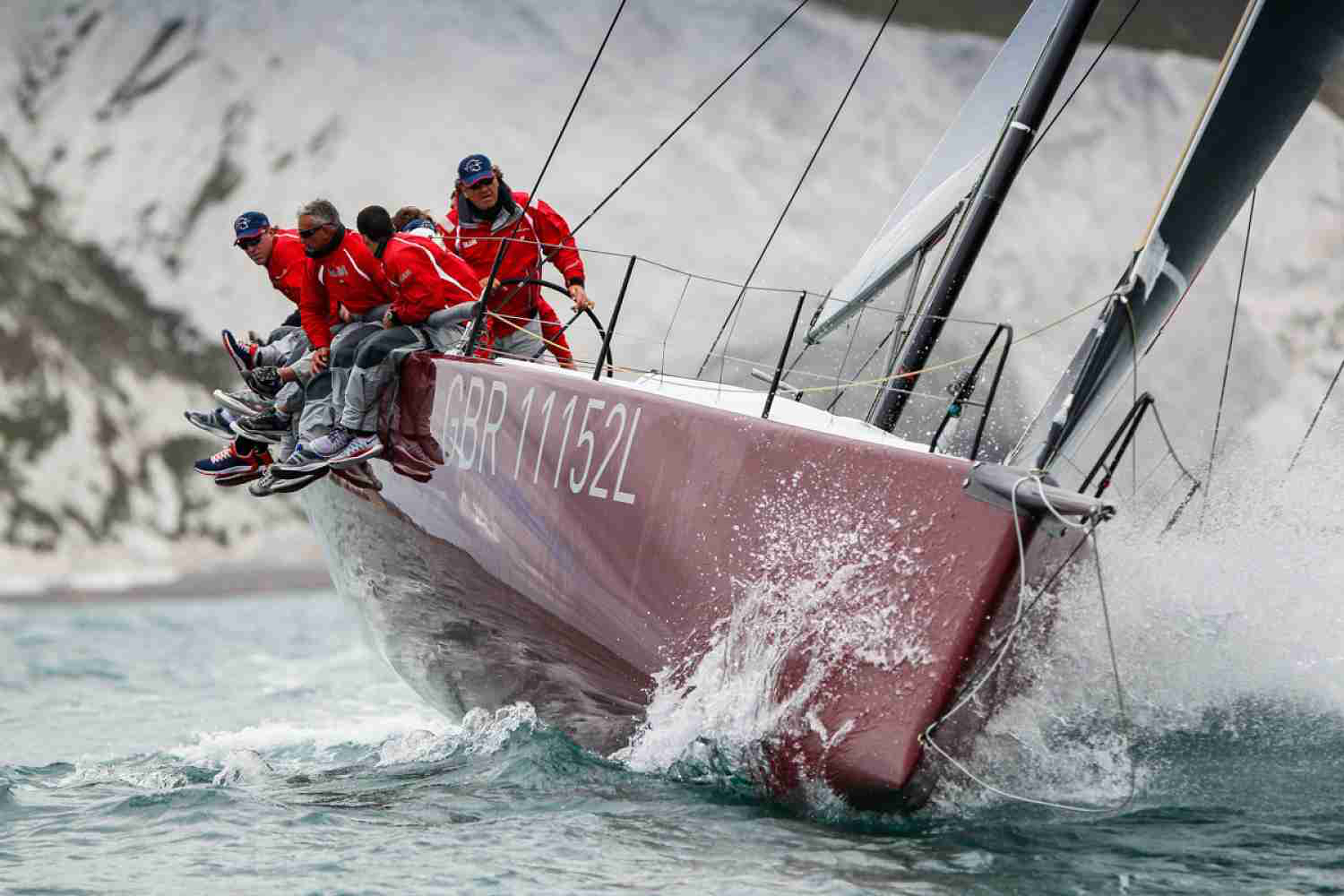 Sailing came to Cork Harbour in the early 1700s and since 1978 Volvo Cork Week has proudly born the standard of this tradition. The locals say that Volvo Cork Week only happens every other year so that the town of Crosshaven can recover, and for those who have witnessed the passion and hard work of the Royal Cork Yacht Club, and its a volunteers, it is easy to believe.

Between 10-15 July the Royal Cork Yacht Club will fling open its doors to over a thousand visitors, for a tremendous warm welcome to the oldest yacht club in the world. Competitors from The Netherlands, Ireland, England, Scotland, Wales, and France, will savour the atmosphere ashore and relish the opportunity to race in one of the world’s largest harbours and the stunning baron coast line of the Atlantic Approaches. After racing, expect the party to start immediately, live music will greet the teams as they come ashore and the Royal Cork Bar will be full of sailors rubbing shoulders and recounting the day’s stories. 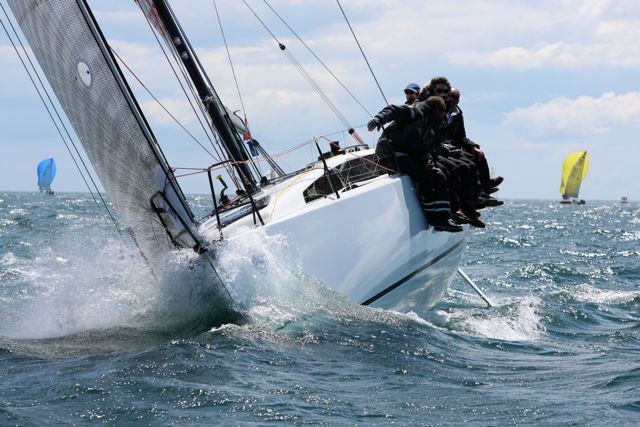 Volvo Cork Week has never been afraid to take the initiative with innovative changes to the format of Ireland’s longest running regatta. This year has particular significance as Volvo Cork Week will stage the first ever IRC European Championship.  More than a dozen teams from the UK and Ireland will contest the inaugural Beaufort Cup, in which at least 50% of a team’s crew must be active members of services such as; Navy, Coast Guard, Army, Airforce, Police and Emergency Rescue Services. Volvo Cork Week has also put feeder races in place from Falmouth, UK hosted by the Mylor Yacht Club and from Dun Laoghaire to Cobh, hosted by the Royal Irish Yacht Club. The latter re-enacts the Kingstown to Queenstown Race first run in 1860. For competitors that are new to sailing, or prefer to sail shorthanded, the non-spinnaker and Coastal Classes are ideal and for one-design adrenalin junkies the sportsboats provide the perfect thrill. 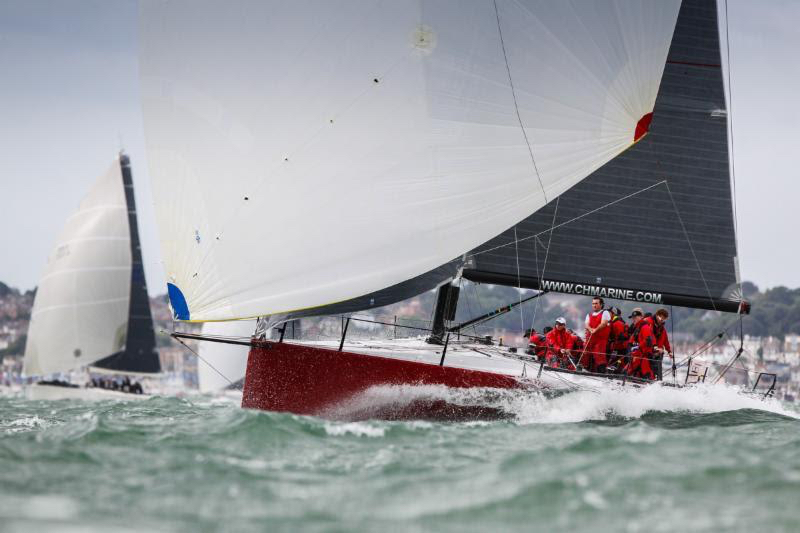 Countries collide in the big boat clash with Tony Langley’s all-pro British TP52 Gladiator topping the bill, having won the 2016 J.P.Morgan Round the Island Race in a fleet of over 1500 boats.  Antix and Jump Juice will be flying the burgee of the Royal Cork Yacht Club. Skippered by Anthony O’Leary, Antix will have double Olympian Peter O’Leary providing the strategy. Conor Phelan’s Ker 37 Jump Juice is the current ICRA National Champion. Eric De Turckiem Teasing Machine is a proven offshore weapon. This year the French guided missile won class in the Rolex Sydney Hobart and the RORC Caribbean 600. A veteran of Volvo Cork Week, Richard Matthews will be racing his brand new Humphries 39 Oystercatcher XXXI with skills from local expert Eddie English and Tony Ackland will be hoping for Welsh fire from his Dubois 37 Dark Angel.

There is a hot prospect of intense competition, with three JPK 10.80s enjoying a close battle. RORC Commodore Michael Boyd, racing Audrey, will be taking on Mordret & Delamare’s Dream Pearls. The French team have been in scintillating form in the RORC offshore series, winning class in three out of four races. From the Royal Irish YC, Paul O’Higgins team racing Rockabill VI is a former class winner at Volvo Cork Week. Other proven winners include Charlie Frize Mills 36 Prime Suspect, Simon Henning’s Mumm 36, Alice and Jay Colville’s First 40 Forty Licks. What promises to be one of the battles of the regatta will be in the J/109s. Royal Irish skipper Richard Goodbody, sailing White Mischief with his Irish Olympic son Tim, will come up against Ian Nagle’s Royal Cork team racing Jelly Baby, winner of the 2015 J/109 UK Open Championship.

“The Royal Cork Yacht Club welcomes all our competitors and visitors to Crosshaven for Volvo Cork Week 2016.” commented Kieran O’Connell Chairman Volvo Cork Week 2016. “We are looking forward to the great quality and variety of  racing on the water that Volvo Cork Week has become internationally synonymous. Shoreside, we have once again put together an unrivalled mix of entertainment to suit all tastes and especially look forward to Friday night’s performance by The Frank and Walters followed by a fantastic firework display.

My sincere thanks go to our major sponsor Volvo who have taken the lead in sailing  event sponsorship throughout Ireland, we are delighted to be part of this undertaking. Words of thanks must also go to our other sponsors as without them this event would be difficult to run and last but by no means least a big THANK YOU to all our volunteers who donate an immeasurable amount of time and effort. I wish you all a safe and fun filled week both ashore and on the water. Enjoy!” 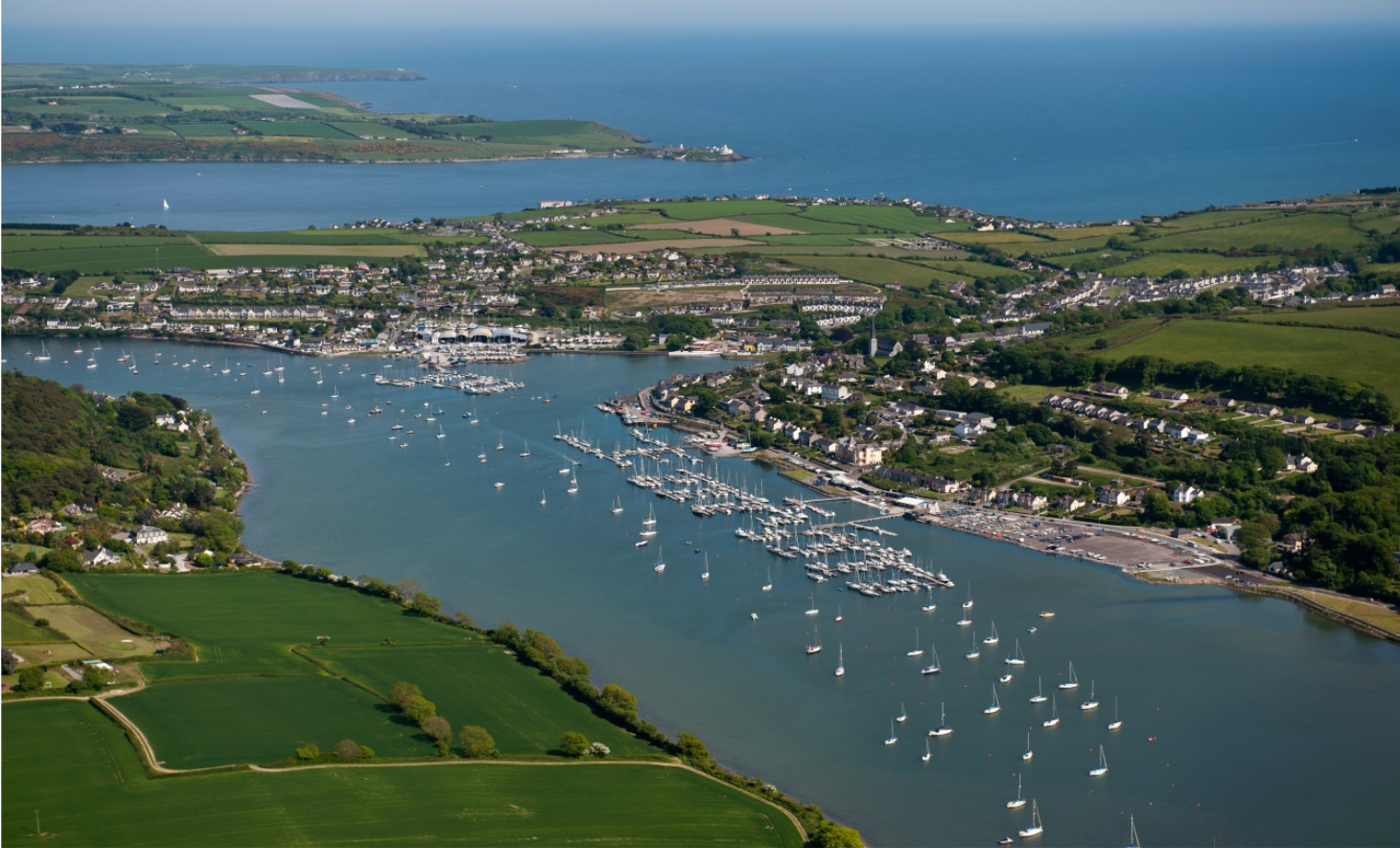