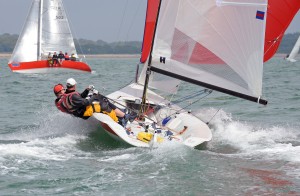 The Viper Class are coming!

He is confident that a number of his class mates will also make the trip to enjoy the wide variety of courses and competition on offer. “We have been to Cork Week a number of times but are really looking forward to putting the Viper through her paces against the local 1720 fleet” he commented. “IRC presents the same challenges to the Sportsboats as it does in all fleets but it was interesting at Cowes that after race 9 a Viper was tied on points with a Hunter 707 ! Hopefully Volvo Cork Week will be as close!” he said. 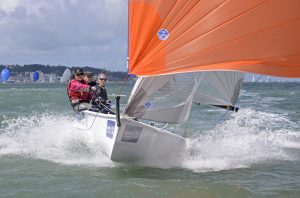 The IRC Sportsboat Class have their Harbour Race on Tuesday July 8th ,as do all classes , with up to 3 races per day thereafter on each of the Windward/Leeward , Olympic style and Slalom Courses.