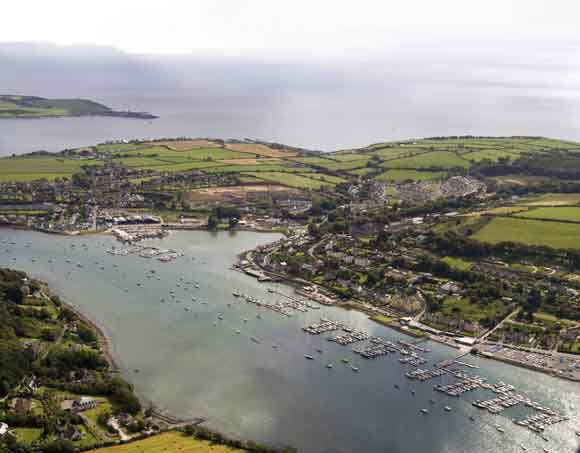 It only happens every other year and that is probably a good thing, because it takes Crosshaven that long to recover! With less than three months to go, Cork Week 2010, is taking shape with a huge variety of boats and competitors making plans for the regatta.

The big boat fleet is growing on a daily basis, Cowes based Gray, Laidlaw and Heyward’s Farr 52, Bob is the latest entry over fifty feet. A sound Super Zero Class is expected. The scratch boat at present is Irvine Laidlaw’s Wally 82, Highland Fling, back in Europe after racing in the Caribbean. But several modified TP52’s will also be in the running, including Johnny Vincent’s Pace, who took a memorable scalp at the RORC Easter Challenge, beating America’s Cup TEAMORIGIN in one race. Also TP52 Interlodge, owned by Austin Fragomen of New York is making the trip across the Atlantic. 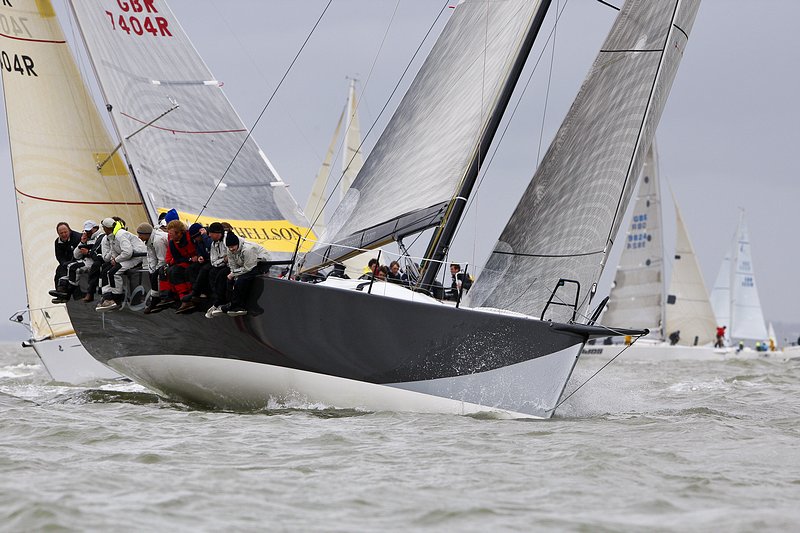 So far there are no fewer than nineteen J Boats entered for Cork Week. The majority are J/109s competing for their European Championships but when it comes to long deliveries – Neal Martin’s J 133, Jammy Dodger, takes the biscuit.

Neal Martin normally keeps the boat in the Solent but Jammy Dodger is heading for the Norwegian fjords, before heading south to Cork Week. As Neal Martin explains, “It is about 2,500 miles of sailing through Kiel, Copenhagen, Gothenburg and onto Norway. On the way back we will race to Shetland from Bergen with about 40 Norwegian boats. After that we will visit the west coast of Scotland before coming to Crosshaven. The crew will alter during the voyage but both myself and my Norwegian girlfriend, Randi will be in Crosshaven. This will be my sixth Cork Week and we are all really looking forward to it.”

With nearly three months to go, fifteen Beneteau’s are already entered. Tony McBride’s First 50, Novus Arca is making the trip from Scotland and Royal Cork members, Paul and Deirdre Tingle, will be back to defend their First 31.7 title from 2008.

The number of SB3’s entered for Cork Week is down on 2008, not surprising as the SB3 Worlds in Italy is attracting the majority of the fleet. However, SB3’s and other sports boats are very welcome at Cork Week. A convenient ferry service, Fastnet Line runs daily crossings from Swansea to Cork.  Kiwi Ben Duncan will be racing SB3 Sharkbait at Cork Week, alongside Irish match racer Ric Morris. Many Irish entries and some from overseas are expected.

Ten Corby Yachts are entered and more are expected including Robert Davies, brand new Corby 36, Roxy 6 which will be representing Ireland in the forthcoming Rolex Commodores’ Cup.  Over a dozen boats are expected to be racing at Cork Week, tuning up for the country versus country, pro-am event in August.

However, Cork Week has a huge variety of boats and whilst the Gentleman’s Class may not have the high tech gear and elite sailors competing. The seamanship in the class is very apparent. National Yacht Club member, Philip Dilworth, will be racing Grand Soleil 42, Orna. A previous class winner of the Dun Laoghaire to Dingle race and 2008 Cork Week winner, Orna is obviously well sailed.

“Entries are going well and we are pleased with the level of support, however, there is room for plenty more and we hope that more yachts and crew will be racing at Cork Week in July and enjoying the hospitality of the Royal Cork Yacht Club and the community at Crosshaven”, commented Cork Week Chairman, Peter Deasy.

The secret of Cork Week’s success cannot be attributed to any one rule or aspect of it’s organisation. It’s success is found in the eclectic mix of classes, competitors, good courses, good company, our team of dedicated volunteers and the good humour of our 10,000 visitors.
View all posts by admin →
Plans heating up for Cork Week 2010
My Cork Week 2008 Experience