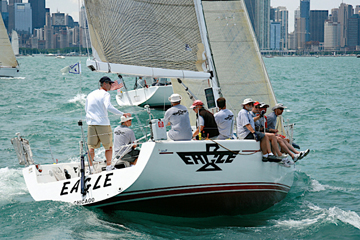 Shawn O’Neill has completed 31 Chicago to Mackinac Races which entitles him to use the term “Island Goat”.   The honour of Island Goat is bestowed on those who have minimum experiences to include some of the following:-

The Chicago to Mackinac Race is one of the longest fresh water races in the world at 536 km.  Cork Week’s long serving Event Patron – Roy E. Disney set the monohull record for the race – 23 hours, 30 minutes, in Pyewacket in 2002.

Shawn is a member of Chicago Yacht Club and visited the Club with his family in March 2010.  They received such a marvellous Royal Cork welcome that he has decided to return to race in Cork Week in July. 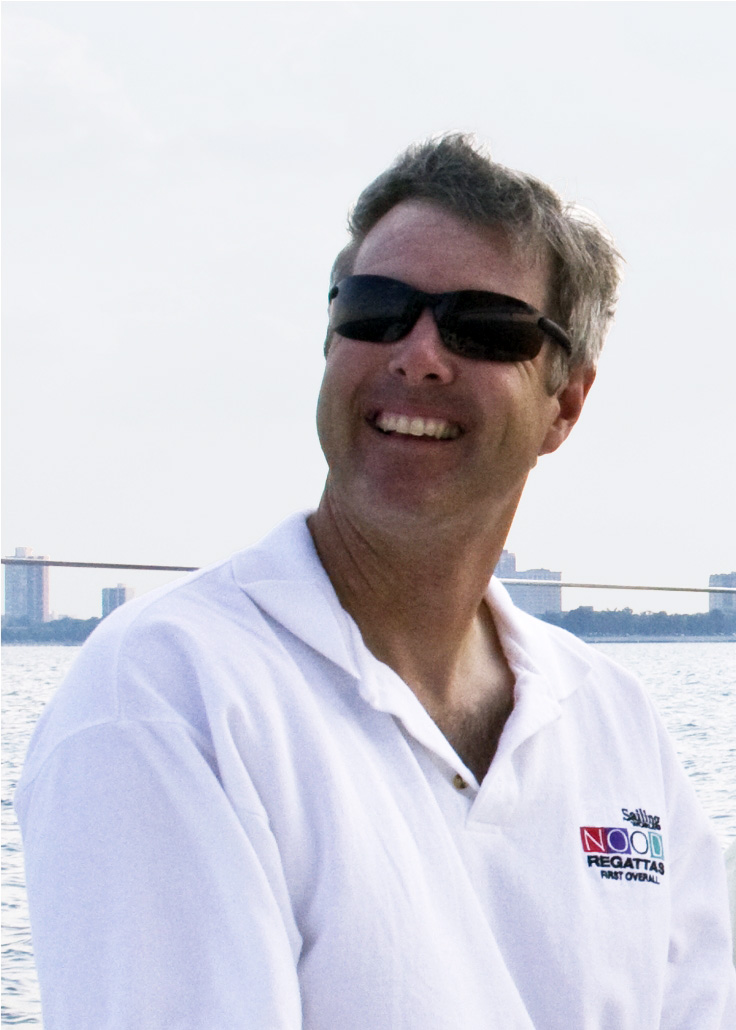 Shawn has sailed from a young age, at College in Michigan State and for over 30 years on Lake Michigan in all types of boats from Laser, 420’s, 470’s to Farr 33 and a Tripp 36.  Currently, Shawn and his father Jerry own and race a Sydney 38 called Eagle.

He has raced 31 Chicago Mackinac Races as a skipper or Watch Captain with three 1st Overall Division Awards and ten 1st in Class Awards aboard various “EAGLE’s“.

Shawn will fall into Bad Company when he sails on the local Desmond/Ivers/Deasy boat of that name in Cork Week 2010.

The secret of Cork Week’s success cannot be attributed to any one rule or aspect of it’s organisation. It’s success is found in the eclectic mix of classes, competitors, good courses, good company, our team of dedicated volunteers and the good humour of our 10,000 visitors.
View all posts by admin →
My Cork Week 2008 Experience
Fastnet Line – 20% discount