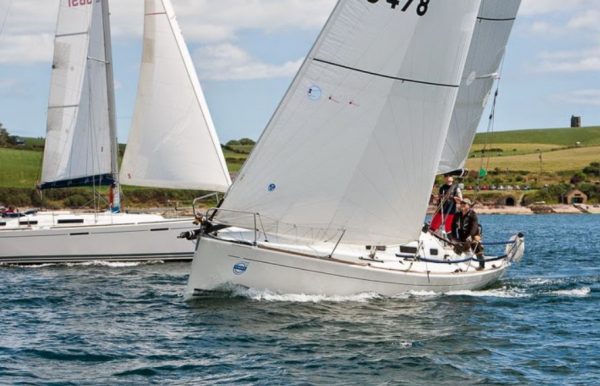 By Kieran O'Connell on June 8, 2016 in Uncategorized

To all Non Spinnaker Competitors for Volvo Cork Week 2016. The OA has decided to remove Appendix A from the Notice of race for Volvo Cork 2016, This Appendix covered the restriction on sail material in white sail classes for VCW 16. It was decided to remove this restriction and instead to split the non spinnaker classes into two classes. Both classes will still race together on the same course but will get separate results after racing and overall the class split will be decided by the OA before the regatta begins and published online. This is the same system that was used for the 2014 addition of Volvo Cork Week. Apologies for any confusion caused by this late change and full details about the amendment can be found at the following Link