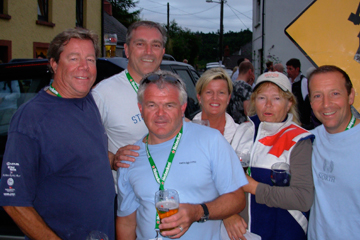 It was the very early hours of the morning of July 13th last when we reached Crosshaven for Cork Week.  A tough enough passage from Dun Laoghaire, against the wind the whole way, had taken more than 24 hours and arriving into Cork Harbour we were all feeling pretty tired and hoping we might be in time for the bar.

Arriving into Crosshaven by night can be pretty confusing at the best of times, but really nothing I have ever seen prepared me for the amazing scene before us when we turned the corner at Camden.  There is a famous scene in the movie “Apocalypse Now” where Martin Sheen and his comrades having taken their boat up the Mekong River arrive at the Do Long Bridge and the gateway to another world.  At the wheel of my own boat that night, trying to navigate into the Royal Cork, seeing the centre for Cork Week for the first time, I was totally bemused and all I could think was “the Do Long Bridge”.

First there were lights.  There were searchlights and everything was ablaze, every building, every pontoon, and every mast.  So much light it looked to my tired eyes as if Crosshaven had grown and there was a bridge across the water.  There was the noise, pounding music, cheering crowds and the sounds of revelry carrying over the water.  As a final touch there were the RIBs whizzing by, full of laughing people, everyone obviously having enjoyed a tremendous night out.

I was so confused and overwhelmed by it all I nearly ran into the pier at Currabinny, but someone in a RIB from the Club soon found us and had us in our berth in minutes.  It was 2am and we were hugely impressed that we could be found, recognised and assigned our place within minutes of arriving.  No one even batted an eye at a weary group arriving in the early house and the only query was: “Did you see anyone behind you lads?”.

But it was just our first experience of the hugely impressive organisation that was to mark everything about Cork Week 2008.  We saw the same efficiency everywhere.  On the racing front we competed in every race and the most that one of our starts was every delayed was ten minutes.  On shore, the race office and results service were second to none, in fact they were probably too good for my liking and I was disqualified from one race after I tried to make off with the starter’s inside mark.  Anywhere else I would have gotten away with a 360.  There was always someone in a RIB to push you into a tight berth, always a hot shower and always friendly advice available on just about everything.

We had an international crew.  Three Australians, a couple from San Diego and the rest of us from Cork and Dublin.  The Americans sail with us regularly, coming to Ireland every year for a week’s racing.  They own an identical Beneteau First 36 to ours and they arrived in Cork on the Sunday just for the week’s racing.  Despite sailing in Southern California, in ideal weather conditions all year round, they have never experienced anything like Cork.

We thought we might be short of crew early in the week and I put a notice on the race week internet site looking for a couple of people.  I was overwhelmed by the response and took the first three people who called me, all Australians (one an emigrant from Carrigaline) who had come to Ireland specifically for Cork Week.  I thought by the end of the week when our own crew would all have arrived we would lose some of our visitors, but by then we had all become such firm friends that there was absolutely no question of anyone not sailing.  On the Friday it did look at one stage like we would have a crew of 13, but a late night in the fleshpots of Crosshaven induced a number of morning casualties and come race time, it was business as normal.

We had three or four people sleeping on the boat every night and the on shore facilities and catering made it a comfortable experience for everyone.

The weather was probably the only good week of a dreadful summer.  We had just one rough day, the Tuesday, and we were scheduled for the Slalom Course that day.  Gybing downwind in a strong breeze, spinnakers were blowing out all around us, so much so that the sail makers must have been standing at Roches Point rubbing their hands in glee.  It was a million dollar wrecking race and once it was all over, great fun.  The other variations on the race courses also worked well and the Trapezoid Course was a favourite among all of our crew.

We were all really impressed with the quality of the race officers, their decisiveness in getting races off on time meant that we got our full programme completed in the week and were never kept waiting around.  We were in the IRC Class 1, but sailing in a Beneteau we were never going to be anyway competitive up against the racing machines.

We area all pretty experienced sailors and would have no interest in the Gentleman’s, but we felt we were caught between two extremes of sailing.  Maybe there could be a sub-category in the large IRC classes for boats like ours, giving us someone to race competitively against, while still sailing in a large fleet.

The most enjoyable parts of the week were the adrenaline rush inducing starts.  Forty boats, each as big as an articulated truck, jockeying for position on a start line is not a sight or a feeling you are every likely to forget.  Nor is the look of sheer terror on some of the faces.  As one of our crew put it, you could spot the owner of every boat from a mile at the starts.  They were the ones with the white faces; mouths open in horror and fear in their eyes.  The crew were the ones laughing at the sheer exhilaration of it all. 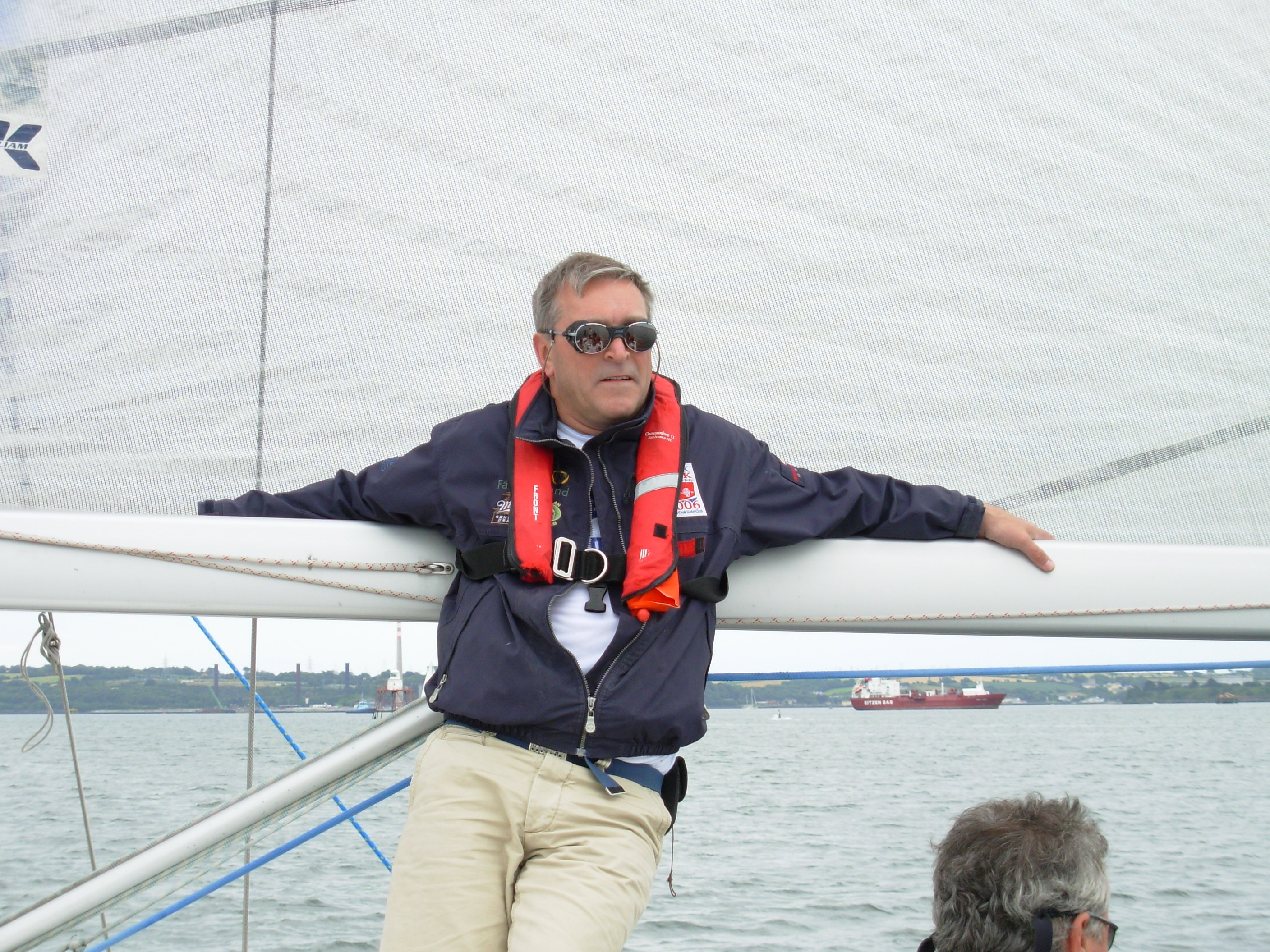 One moment in particular sticks in my mind.  On one beautiful day we were sailing back past Roches Point after two great races.  I was sitting on the bow pulpit relaxing when my phone rang.  It was someone from the office in RTE.

“Sorry Fergal, I know you are on holidays, is this a bad time?” “Listen,” I said.  “I’m, sitting n the bow of a sailing boat, the sun is shining and we’ve had a fantastic day.  There are dolphins jumping around my feet and we’re going on the town tonight, you couldn’t have phoned me at a better time”.

That summed up Cork Week for me.  Great sailing, great socialising, making new friends and catching up with old ones.  I arrived back in work feeling like I had been gone for a month.  Absolutely exhausted but totally relaxed, the sign of a great holiday.  2008 was my third time sailing in Cork Week, roll on Crosshaven in 2010.

The secret of Cork Week’s success cannot be attributed to any one rule or aspect of it’s organisation. It’s success is found in the eclectic mix of classes, competitors, good courses, good company, our team of dedicated volunteers and the good humour of our 10,000 visitors.
View all posts by admin →
Three months and counting!
“Island Goat” to race at Cork Week