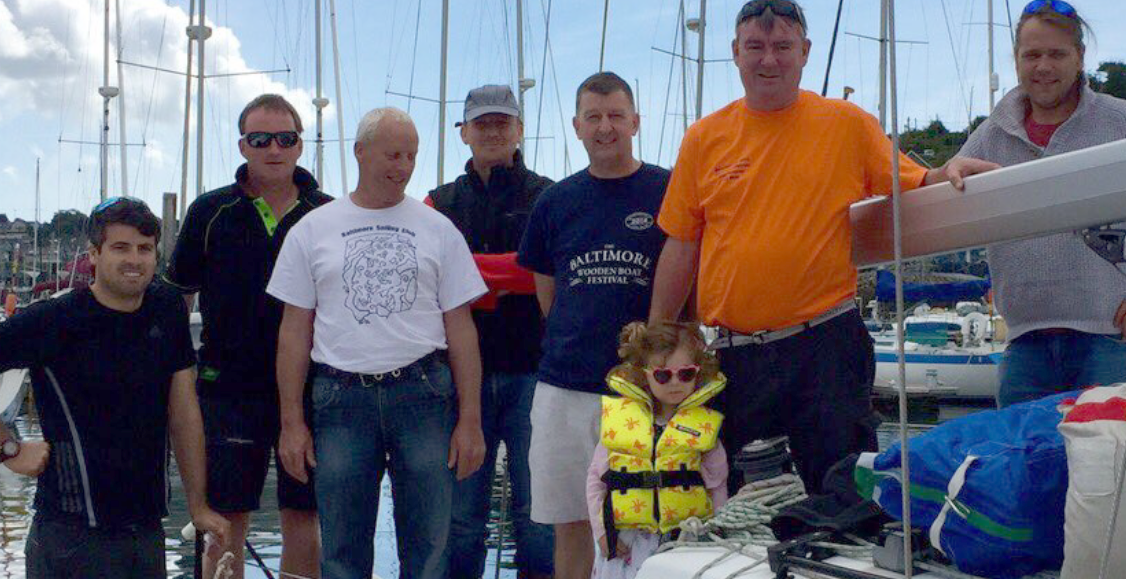 The inaugural International Inter Services Sailing Competition ‘The Beaufort Cup’, hosted by the Royal Cork Yacht Club and supported by the Irish Defence Forces starts on Monday, 11th of July, off Haulbowline Island, the home of the Irish Naval Service. The Beaufort Cup invited sailing teams from their associated national services; 50% of each team must be active in the service they represent. Racing will take place over five days in a mix of challenging offshore, and tactical inshore, racing.   Teams will get the chance to enjoy the renowned social experience of Volvo Cork Week and the winning team will also have €10,000 donated to a nominated charity of their choice while the winner will also be eligible for the ‘Boat of the Week’ prize at Volvo Cork Week 2016.

The beginning of the race will be a fantastic spectacle and members of the public are invited to view all of the action from Cobh Pier. A military display will take to the skies at 9.30am sharp with four PC9 Flypast aircrafts, an AW139 Helicopter, and a CASA aircraft. In addition there will be two Mogwag 18.5 tonne armoured vehicles plus crew, along with naval vessels HMS Dragon (UK), Fort Rosalie (UK) and the FS Thetis from France present at Cobh Pier.

The initial 24 hour Offshore Race will be started by the RCYC Race Officer, Peter Crowley, at 9.55am with thirteen participating teams. The teams include; The Royal Engineers, The Royal Logistics Corps, the PSNI, four teams from the Irish Defence Forces, the Sea Fisheries Protection Agency, the Marine Institute, the Port of Galway, Baltimore Lifeboat, Crosshaven Lifeboat and the Coastguard.