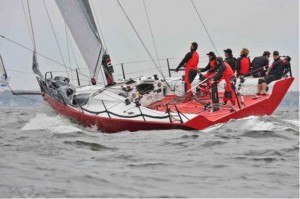 Over 80 yachts have now confirmed their entry for Volvo Cork Week. More than half the yachts are Irish and a strong contingent of British yachts will be looking to take on the best that Ireland can muster. The entire Irish Brewin Dolphin Commodores’ Cup team will be racing along with competitors from other nations for the country versus country competition in The Solent this summer.

Competitors will be racing from Ireland, England, Wales, Scotland and France, as well as Hong Kong and the United States of America. The real attraction for coming to Volvo Cork Week is that the regatta is run by sailors for sailors and that is expressed in the excellent race courses and also ashore, with the legendary hospitality of the Royal Cork Yacht Club. Sailing is full of characters and plenty of them will be coming to Volvo Cork Week.

“The whole of the Irish Team for the Brewin Dolphin Commodores’ Cup will be racing at Cork Week including, Catapult, Antix and Quokka and there is good competition coming from England and Ireland including, Keronimo, Premier Flair and Jump Juice, so the racing should be very exciting. Cork Week is an ideal work up for the Commodores’ Cup; the variety of the courses and the standard of the opposition is sure to sharpen up all of the Irish team.”

“We have been coming to Cork Week for every regatta since 2000. We love the easy going friendly atmosphere surrounding the regatta, which spreads out to all the places we visit whilst there. The racing is magical and later, getting all the families together for dinner, is very special. Our crew and support team all have one thing in common and that is Hong Kong, but we are now dispersed to the US, the UK, Ireland and of course Hong Kong. We get together at Cork Week for a reunion. The first time we came, my son was still in nappies, this year he will be running the foredeck.”

“Sky Hunter first raced at Cork Week in 1998 with the original owners from whom we purchased the boat in 2009. The crew are a group of friends from the Blackwater Sailing club in Maldon, Essex. In 2010, My wife and I, along with our two small children, cruised into Crosshaven during Cork Week and we have wanted to come back ever since.  Cork Week is a huge yachting attraction for the racing and social scene and the whole team are looking forward to the “craic”.

“I bought Jet Dream in 2012 and it was love at first sight. I sailed her for the first time from Morbihan in France directly to Crosshaven. It was the wettest trip of my life, she leaked like a sieve but boy she was fast. I first attended Cork Week on a Castro 40, Justine IV, way back in the 90’s but haven’t been back for a while. I must admit that the sailing on the water was great and of a very competitive level and this is the only reason I’m coming back to do the event on my own boat this time. As a result of the financial hardship we have all gone through, I’m hoping the event will go back to the way it was, more down to earth and a little lighter on the pocket. But I’m sure we’ll have a great time and I appreciate all the hard work the organisers have put into the event.” 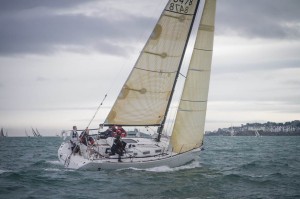 “I bought Warrior last year and we are somewhat of a novice crew from Dublin Bay. Besides the fact Cork is such a beautiful place, I have long read about this fantastic event and always wanted to get a boat and take part and enjoy what Cork Week has to offer. The crew are all over 50 and keen to sail and willing to learn and compete.”

“We have sailed at Cork Week three times before and the courses and organisation have been top class and the shore-side fun too, the best hospitality bar none. It’s a long way to come but we think worth it. It must say something that my brother met his wife during Cork week ten years ago and liked it so much he now lives there too. The crew, including my brother Michael, have sailed together for many years on various boats. We also have a few token youngsters on board to keep the average age below 55, a couple of the crew have won the week overall on Cloud Nine some years ago. ” 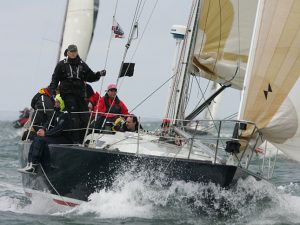 For nearly 40 years, generations of sailors have enjoyed racing at Cork Week. The regatta has evolved over those decades and Volvo Cork Week 2014 will be true to the core values of Ireland’s most prestigious regatta – fantastic racing and great craic ashore.

Gavin Deane, General Manager , Royal Cork Yacht Club spoke about the plans for the regatta. “Entries are up on this time last year and we now have an idea of roughly how many sailors we will need to cater for. For the yachts we are allocating berths on a first come first serve basis. If you are coming to Volvo Cork Week and have not registered with us, we would strongly advise you to do so, then we can include your crew and yacht in our plans. The Club is working tirelessly in preparations to make sure that all the competitors have a memorable regatta.”

For more information and on line entry: www.corkweek.ie