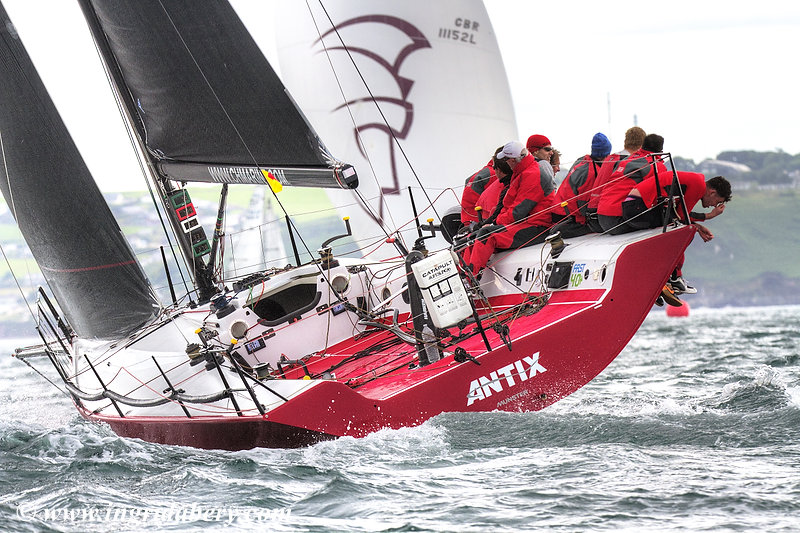 Seven of the ten races scheduled for the inaugural IRC European Championship have now been completed. Yachts equally matched by the IRC Handicap system, competitors have enjoyed a variety of courses, testing the all round ability of crew and their yachts. On Day Three, all of the IRC Classes were racing in the Atlantic Approaches on either the Windward Leeward or Slalom Course. The key to a top performance today was reacting to the squalls and shifts, emanating from the Old Head of Kinsale, sending a stream of pressure bullets down to Roches Point.

“It’s a small but very selective field” commented Anthony O’Leary, “Our competition races in some of the world’s top races and has been very successful. So to be leading today is very satisfying. Tomorrow’s Harbour Race is not part of the IRC European Championship but there are very prestigious trophies up for grabs and we will be racing just as hard to win. Friday we will find out who has won the class, and it would be a very special win if we can achieve it.” 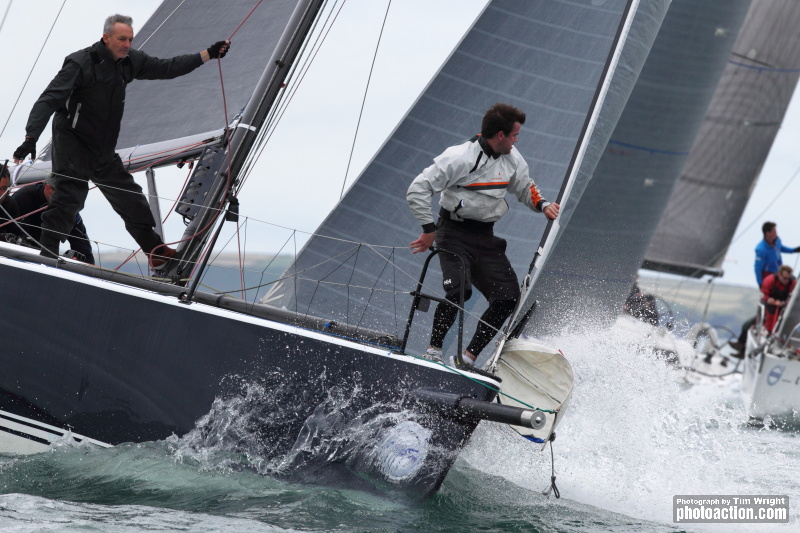 “It’s going well and that is down to great team work and some excellent local knowledge from Robert O’Leary. We are out racing most of the time in Swansea but this is the one big regatta of the year for us. I have been coming here for years, I think I have only missed two regattas but we have only won a single race before. Tomorrow’s Harbour Race doesn’t count for the IRC Europeans but we will be staying in the zone, having said that, it is one of the crew’s birthday, so we will have a couple of drinks tonight, as we often do. We will keep concentrating on winning our class. Winning the IRC European Trophy would be unbelievable but we can’t influence the racing in other classes.” 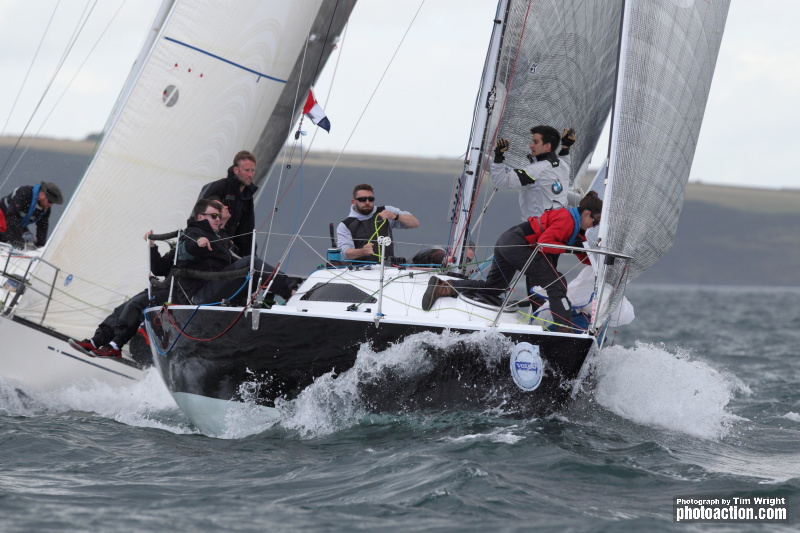 Paul Gibbons’ Royal Cork team, racing Quarter Tonner Anchor Challenge, scored two bullets and a second today, to lead the class by a single point from the Howth YC Under 25 team racing J/24 Ireland’s Eye Kilcullen. Both teams are very much in the frame for the overall win in the IRC European Championship. Former Royal Cork Admiral Peter Deasy, racing Sunfast 32 Bad Company, with Mark Ivors and Frank Desmond, had a better day at the races, scoring three podium finishes to end the day in third.

Racing at Volvo Cork Week continues tomorrow with all competitors racing in one of the world’s largest natural harbours. Cork Harbour has over 200 miles of coast line with spectacular vistas, including the iconic town of Cobh, which will be a excellent vantage point for race fans. Tonight the Royal Cork Yacht Club is full of competitors sharing their stories of an exciting day out on the water. The Event Village bars and eateries will be enjoying some brisk business. Live music will be provided by sensational Irish cover band DV8, with the dance floor resembling a Mad Hatter’s Tea Party.

For full results and more: www.corkweek.ie