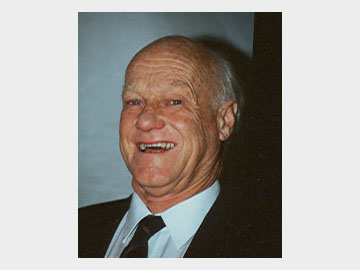 It was with great sadness that we heard about the recent death of Geoffrey Myburgh (RSA) who passed away last week (2 March), aged 81.

Geoffrey has a long association with Cork Week and served as an International Jury Member for a number of years.  He started his sailing career in 1947 and started dinghy sailing in 1951.  He represented South Africa at the 1956 Olympics in Melbourne.  His passion for sailing continued throughout his life and he was a pioneer in International Youth Sailing.

He became an ISAF International Judge in 1982, a status he continued throughout the rest of his life, and travelled the world in this regard. He was involved in the administration of various classes and was Principal Race Officer and chairman of the Organising Committees for many major events, including Cork Week.

We would like to extend our sincere condolences to his wife Helen, three children and five grandchildren.  He will be sadly missed.

The secret of Cork Week’s success cannot be attributed to any one rule or aspect of it’s organisation. It’s success is found in the eclectic mix of classes, competitors, good courses, good company, our team of dedicated volunteers and the good humour of our 10,000 visitors.
View all posts by admin →
Oystercatcher XXVI and Lutine ready for Cork Week
Have you got your entry in?