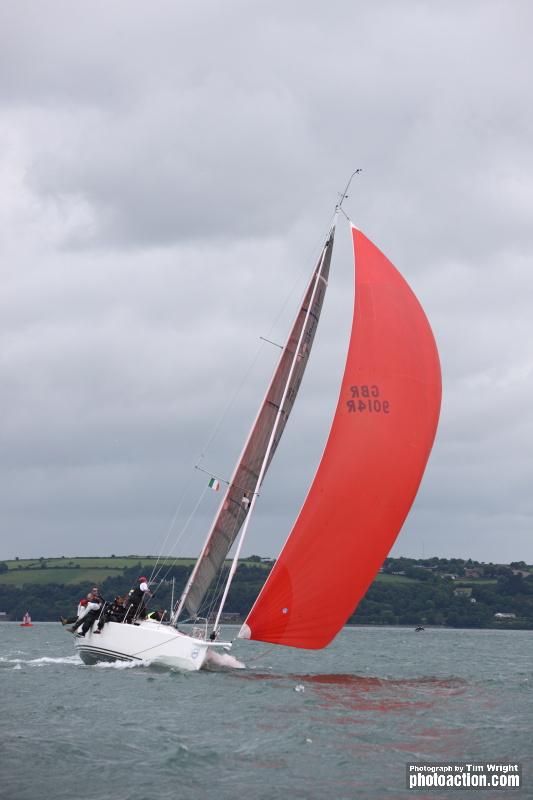 The Irish Defence Forces team, racing J/109 Joker 2, and skippered by Cmdt Barry Byrne, has won the inaugural Beaufort Cup’s 140-mile Fastnet Race, held as part of Volvo Cork Week. Racing continues for the Beaufort Cup with three days of inshore racing but the offshore win has put the team in the driving seat for the new trophy and 10,000 Euros for their nominated charity.

“We are over the moon.” smiled Barry Byrne. “Late last night in light airs, most of the fleet compressed together and we gybed out for more wind offshore and got it. From then on we kept our position between the Fastnet and the boats behind to consolidate on that gain and those tactics got us through. But it was a tough fight all the way to the Rock and a tough slog all the way back.” We are looking forward to the inaugural Beaufort Cup Gala Dinner tonight, to meet our colleagues from overseas to discuss the challenges to come.”

Simon Coveney TD, Ireland’s Minister for Housing, Planning and Local Government, was racing on board Another Adventure, with an Irish Defence Forces Team.

“The Fastnet Lighthouse is famous internationally as an iconic symbol of sailing and we felt that it was important to have a race around it to encourage foreigners in particular to come and race. We have two teams from Great Britain and another from Northern Ireland. We hope to cast the net much wider and receive services teams from all over the world to make this the world’s largest combined services regatta.” 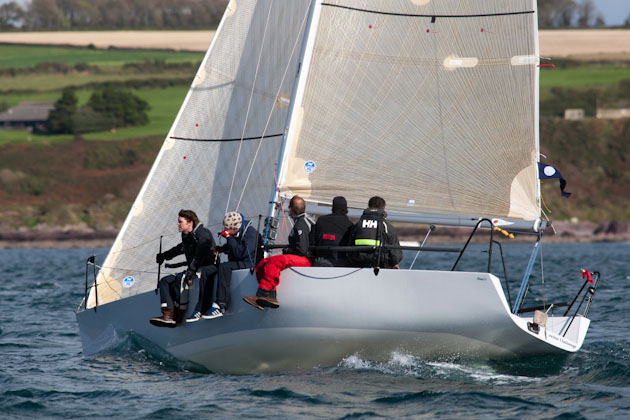 Royal Cork’s Paul Gibbons, racing Quarter Tonner Anchor Challenge, scored an impressive victory in The Coastal Race winning by nearly an hour. Anchor Challenge now leads IRC Four, which is proving to be extremely competitive as Paul Gibbons explains: “The young Dublin lads racing Ireland’s Eye Kilcullen are a handful, they never give it up. Bad Company is always well sailed and the Sigma 33 SeaHawk will be a handful especially when the breeze picks up, so we are taking nothing for granted but we also have one eye on the IRC European Trophy. I believe that after a few more races, it will boil down to four or five boats that can win it and we want to be one of them. Today in the Coastal Race we knew we had to get a good start, if the bigger boats got in front, we would have found it hard to pass them. Beating up the shore was all about staying high and by doing that we avoided tacking, which slowed some of the other boats down. A big win today but we know we have to keep it up, if we are going to win our class and then who knows after that.” 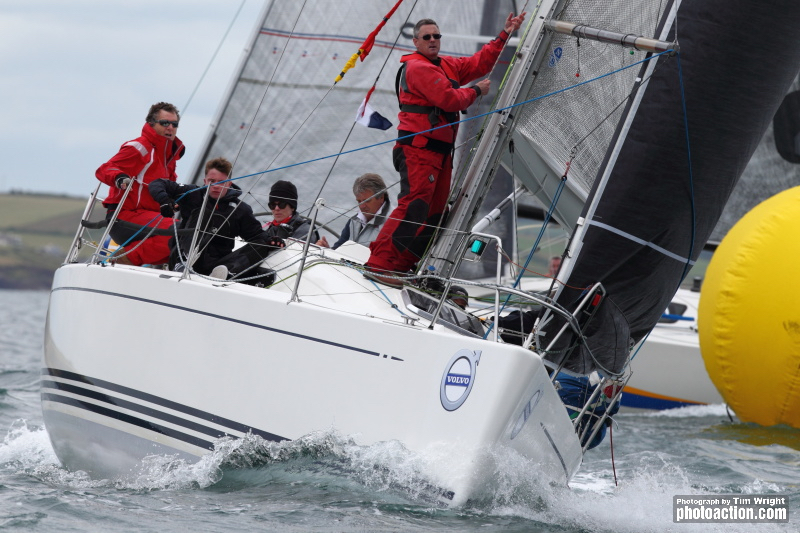 Royal Cork’s Paul Tingle was smiling like a Cheshire Cat after today’s Coastal Race, as was his wife Deirdre at the helm of X-34 Alpaca. After a race lasting six hours, Alpaca was the top boat in IRC 3 by under three minutes from John Swan’s Half Tonner Harmony from Howth Yacht Club.

“It was fantastic, absolutely brilliant, ten knots of breeze hugging the shore line after the start, rock hopping all the way against the flooding tide to Big Sovereign and then kite up all the way back but some rain showers came in and sucked away the wind, which was frustrating but not nearly as much as the finish. As we approached Roches Point the wind just died and we must have put in half a dozen tacks up tide to make the finish. The last hundred metres took over five minutes and we thought we might have lost it there. So to come in and find out we won is just amazing, we will be having a glass in the Royal Cork tonight.”

Racing at Volvo Cork Week continues tomorrow with the Beaufort Cup teams joining the faster IRC boats on the Olympic Course southeast of Roches Point. IRC 3&4 and the Sportsboats will tackle the Slalom Course south of Roches Point, whilst all other classes will race in Cork Harbour. A black tie Gala Dinner for the Beaufort Cup will be held tonight at the Naval Base. However no jacket is required for the live entertainment at the Royal Cork Yacht Club.