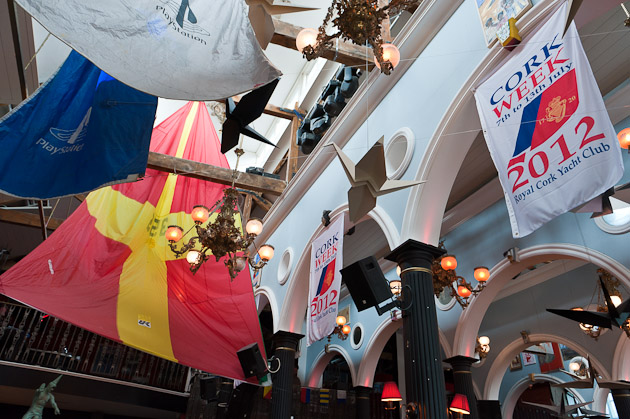 With less than two weeks to go until the start of Cork Week, the Royal Cork Yacht Club is a hive of activity, the club is bracing itself for the arrival of well over a thousand competitors and over the past few weeks, local sailors have been working hard preparing their yachts moored in the safe confines of marina. A steady stream of yachts from overseas has begun to arrive in Crosshaven to get ready for the big event, with the many more expected to arrive this coming weekend.

Whilst the courses for Cork Week remain in the same likeable format, Cork Week Racing Chairman, Anthony O’Leary has revealed that there are some enterprising changes to the Harbour Course Race.

“For the last day of racing, we intend to have the whole fleet in Cork Harbour, which should be a fantastic spectacle.” Commented O’Leary. “The Race Committee has also decided to award a long standing and very prestigious trophy at this year’s event. The Carroll Cup dates back to 1858 and this year will be the prize for a Harbour Race Time Trial. The Moonduster Mark – Cobh Mark –No.18 buoy section is a distance of 1.8nm and it is our intention to time each boat in the Harbour Race over this distance and apply their IRC handicap, to find the winner of the Carroll Cup 2012. The particular part of the course passes an area known as The Holy Ground and is featured in song and verse and is very much part of the folklore of Cork Harbour.”

The Royal Cork is the oldest yacht club in the world and a glittering array
of silverware will be awarded at Cork Week. In addition, for 2012 all class
winners will be also go home with a fine keepsake. The Belleek Group has
been making fine china in Ireland for well over a century and overall class
winners will receive a Belleek Living Trophy as a memento of their success. 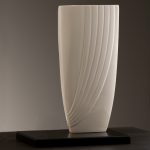 This year, like many other regattas, the number of yachts attending is down on previous years. However well over one hundred yachts will be competing at Cork Week and the fun-factor looks like it could be at an all time high.

Dermot Cronin from the Malahide Yacht Club will be racing his First 40.7, Encore for the first time but this is not the first venture to Cork Week for Dermot and his crew, as he explains; “We enjoyed 2010 so much, even though we suffered a badly cracked mast with my old J/35.  We did a pub-crawl to ‘wake’ our lost mast and loved the BBQ’d cod and black pudding served up by the local pubs.  We’ll definitely be setting out in search of that this year. I particularly like a smaller regatta at Cork. As after top class racing on the water, shoreside has a more laid back feel than past years. In the days of 600+ boats, getting to the bar was like wrestling through rush hour on the London underground!”

The ½ tonner Insatiable was built in 1985 and beautifully restored with the help of the Pendennis Shipyard in Falmouth. The crew are all friends from Cornwall and include a National and European Laser 4000 champion, Jon Wilson. Skipper Tim Cunliffe explains why the team have decided to bring Insatiable to Cork Week for the first time. “Most of the crew have been to Cork Week before and what makes us come back is good racing and on shore entertainment, some provided by our own crew! All of us have sailed to a very high level and we see Cork Week as a major regatta that we hope to do well in and hopefully win. On top of that we are really looking forward to enjoying the excellent Irish hospitality.”

From the Clyde, Christine and Robin Murray’s First 40, Elf Too will be competing at Cork Week, Elf Too arrived safely in Crosshaven on the 24th June and Christine is really looking forward to Cork Week. “This is the fourth time, I have come for the regatta and I just love it, Crosshaven is where my husband and I confessed our undying love for each other. The racing is so well managed and we all just have such a great laugh. We are also looking for a crewmember for Cork Week to cover for maternity leave for our pit-girl, if you apply you will definitely need a sense of humour.”

Elf Too’s did supply an application form to join their crew but it does contain some expressions that are not suitable for family viewing!!