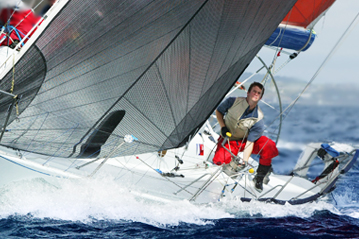 Planning for the TP52 2008 Season is well underway and a new trophy is up for grabs.

The Organisers of Cork Week 2008 have announced that The Carroll Challenge Cup will be awarded to the best TP52 racing under IRC next July at Cork Week which takes place from July 12th to July 18th next.

The Trophy was presented to the Royal Cork Yacht Club by Barcroft H.Carroll in the summer of 1858 and it was a prize in Club Races during the 1850s and 1860s. It is inscribed `Challenge Cup presented by Barcroft H.Carroll Esq. to the R.C.Y.Club. Won by Flirt H.H.O`Bryan 1859.  Finally by the Gertrude M.Hayes 1864 and 1865`.  It has pride of place in the Club Trophy Cabinet and the decision to award it to the prestigious TP52 is sure to attract interest from across the class which is set to grow by the addition of 10 new boats this year.

The secret of Cork Week’s success cannot be attributed to any one rule or aspect of it’s organisation. It’s success is found in the eclectic mix of classes, competitors, good courses, good company, our team of dedicated volunteers and the good humour of our 10,000 visitors.
View all posts by admin →
Southampton Boat Show
Notice of Race