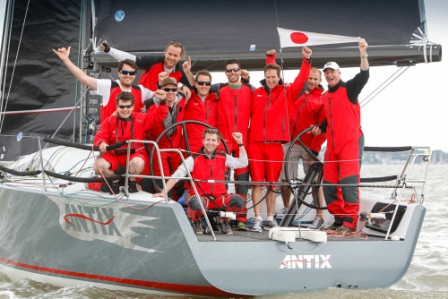 National Champions from Ireland and Great Britain will be in County Cork joning over 2000 sailors at the Royal Cork Yacht Club, Crosshaven for Ireland’s longest running and most prestigious yachting regatta – Volvo Cork Week.

Class winners from the 2014 Irish and British National Championships will be racing at Volvo Cork Week in an international, adrenalin packed showdown in Cork Harbour and the Atlantic Approaches. An exciting line up of highly competitive yachts will be engaged in an intense battle at the Royal Cork Yacht Club’s showcase event and enjoying the full hospitality of the world’s oldest yacht club.

“A great win for Antix and the same team will be racing at Volvo Cork Week.” commented Anthony O’Leary. “The competition will be just as good, in many respects even tougher, as a number of boats that were unavailable at the British championship will be coming to Cork. Antix will need to be at the top of their game, if we are to succeed.”

Antix won the British championship in the very last race, just ahead of Premier Flair skippered by Jim Macgregor with his daughter and British Olympic sailor, Kate Macgregor on board and Premier Flair is a definite for Volvo Cork Week. Marc Glimcher’s American Ker 40, Catapult was third in the RORC IRC Nationals and will be racing at Volvo Cork Week with double Olympian, Peter O’Leary, calling tactics. All three of these yachts will be vying for victory at Volvo Cork Week and they are joined by a number of proven winners including; Dutchman, Willem Wester racing Antilope, Andy Williams’ Cornishman racing Keronimo and Quokka, chartered for Volvo Cork Week by Nial Dowling and Michael Boyd.

Top performers from the 2014 ICRA National Championship will be racing at Volvo Cork Week. Royal Cork YC members, Denise and Conor Phelan, are the 2014 Irish big boat champions with Jump Juice and fellow Royal Cork member, Ian Nagle was victorious at the Irish Championship with Jelly Baby. Royal Irish YC member, George Sisk will be racing  WOW and Clyde CC member, Finlay Anderson will be bringing Roxstar down from Scotland.

Volvo Cork Week is proud to announce that the latest range of Volvo Cars will also be on display in the event village, which will be open from Sunday 6th July for a special edition one-day dinghy regatta. Organised by the Royal Cork Yacht Club, the Dinghy Dash for Cash has a prize fund of  €1000. The entry fee will be just €10 per boat and the closing date for entries is 1st July.  The Dinghy Dash for Cash is an open event but limited to just the first 50 entries. Competitors can enjoy the hospitality of the Royal Cork Yacht Club and Volvo Cork Week Event Village. For more details contact: Miriam@royalcork.com 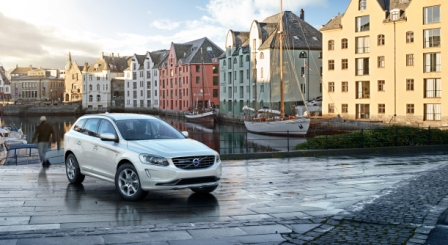 Entries are still open for Volvo Cork Week. The current entry list and other information has now been published: www.corkweek.ie